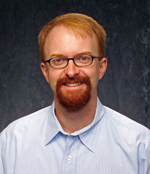 I am a social and cultural historian of early America and the United States, working primarily in the Revolutionary period. National identity, the federal state, masculinity, disability, and law particularly interest me.  My monograph, Clothed in Robes of Sovereignty: The Continental Congress and the People Out of Doors, published by Oxford University Press in April 2011, examines the material culture and ceremonies of state—including, for example, fast days, funeral processions, diplomatic protocols, and presentment swords—by which Congress promoted armed resistance and independence. Central to my study are the many ways that the American people challenged Congress and its vision of the United States.

My next book, tentatively entitled I Still Have an Independent Spirit, concerns masculinity, disability, class, and citizenship among veterans of the Revolutionary War. Focusing particularly upon the family relations and occupational pursuits of soldiers and officers who experienced physical impairment during the military conflict, as well as their efforts to obtain invalid pensions from state and federal governments, this project illuminates the social construction of disability in the infant United States. My research reveals the many ways that political ideologies, social norms, medical technologies, labor practices, bureaucratic infrastructures, and domestic arrangements collectively shaped the lived experiences of Revolutionary veterans as they struggled for subsistence in Jefferson's yeoman republic. To prepare the book manuscript, during the 2015-16 academic year, I held residence as the Patrick Henry Writing Fellow at Washington College.